The Rise and Fall of the Futuro Home 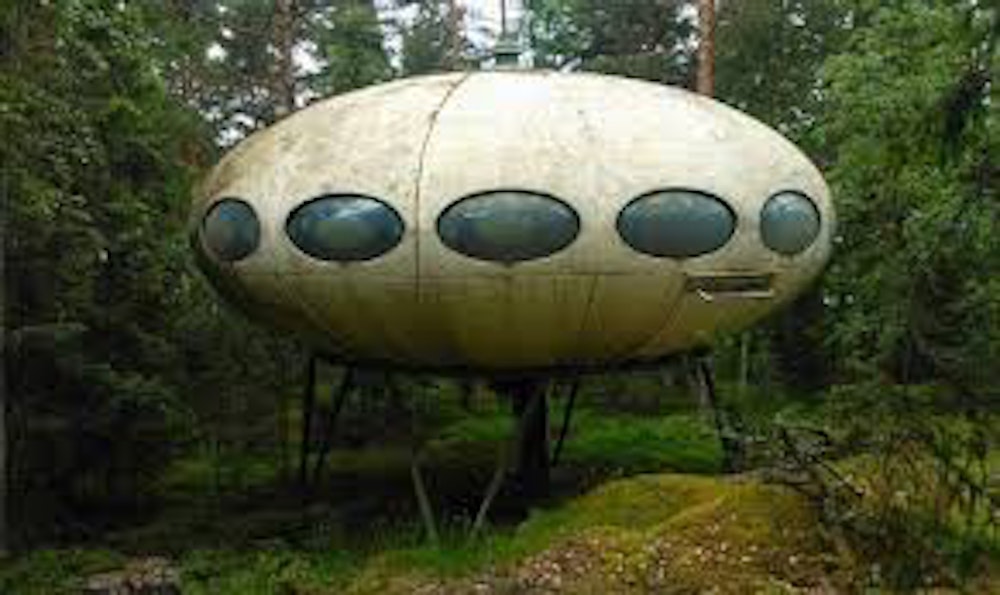 The Rise and Fall of the Futuro Home

The three decades 1950's, 1960's and 1970's were remarkable times in history when two nations, the United States and the Soviet Union, were having their race to space. While the world's superpowers were pouring their resources into conquering the universe, designers on Earth were competing to create the most ultra-modern homes, using science fiction as their inspiration. When Neil Armstrong then stepped on the moon in 1969, the idea of a futuristic utopia did not seem far away.

In that era was created Futuro, a flying saucer-looking portable plastic house that looks it arrived from somewhere really far from space. Measuring 4 meters (13 feet) high and 8 meters (26 feet) in diameter, Futuro house has a variable amount of oval-shaped windows that look a lot like bug eyes. The entryway is a single pull-down door that opens with a key. The door descends and turns into stairs, like in an airplane.

Inside, the floor plan featured accommodations around a central space that looked very much like those in spaceships. The chairs could be kept upright during the day and put down at night for sleeping. In the center, there is often a fireplace, and depending on the model, there were also amenities like a kitchenette, toilet and dressing room. Still, a Futuro house was not really a place where you would necessarily live permanently. So what was this iconic piece of architecture's original purpose?

It all started when a Finnish doctor Jaakko Hiidenkari asked 1965 his schoolmate Matti Suuronen to design a ski cabin that would be "quick to heat and easy to construct in rough terrain." For his project, Matti chose fiberglass-reinforced polyester plastic as the main material as it was already familiar to him and had been used in Finland before for another structure of a similar shape. So that the cabin would be easy to transport, it was designed to consist of 16 elements that were bolted together to form the floor and the roof. On top of that, the house could be heated in only thirty minutes, from −29 to 16 °C (−20 to 60 °F.) It was a masterpiece, an avant-garde retreat.

In addition to the original idea, Matti also had a vision his creation could be used for families as an affordable, durable and easy-to-clean plastic house they could move whenever they moved. He saw a different kind of future without homelessness.

Yet, despite widespread domestic and international interest, Futuro never lived up to its commercial expectations. After all, it was just too weird and expensive for mass markets, no matter the ongoing space age. However, the severity of the public hostility was a surprise. Some Futoro's were vandalized, some even destroyed. The last nail in the coffin was the oil crisis of 1973 which tripled the price of plastics and made it much more challenging to manufacture and market Futuro.

In total, less than a hundred Futuro houses were ever made of which 64 have survived, five of them still being in Finland. The one located in Espoo is actually Futuro 001, the first Futuro ever manufactured after the prototype. There it stands, proudly reminding you of an optimistic vision of a future that never came to pass.

Welcome to the Futuro house

A Map of the Last Remaining Flying Saucer Homes

This flying saucer is one man's vacation home

10 Out-of-This-World Facts About the Futuro House 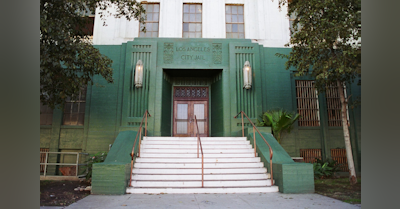 This abandoned LA jail has had its share of famous inmates and is at the heart of many iconic crimes on and off the silver screen.