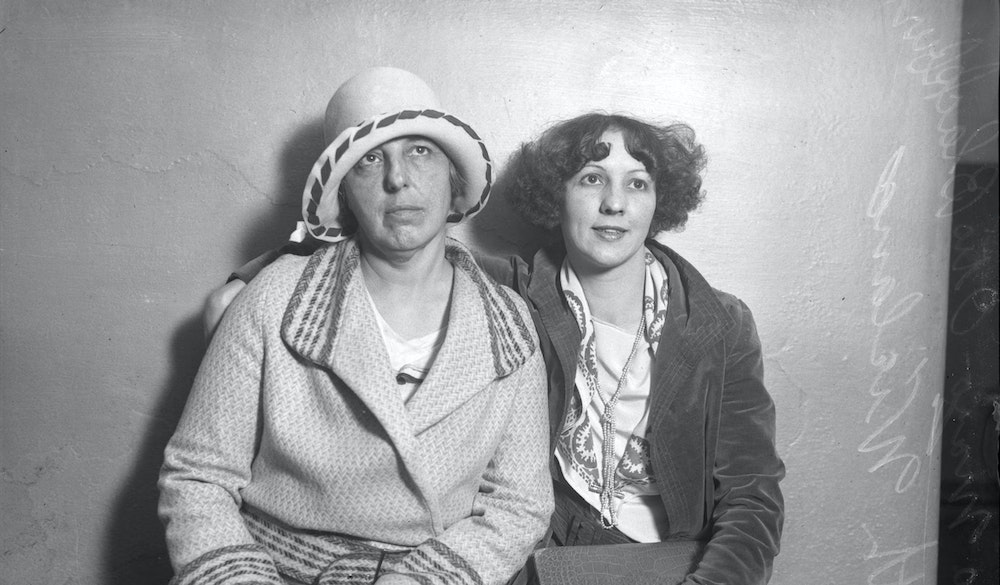 The Divine Order of the Royal Arms of the Great Eleven also known as the Great Eleven Club or later, the Blackburn Cult was, arguably, one of the strangest religious cults to have operated in Los Angeles.

The Divine Order of the Royal Arms of the Great Eleven, or The Great Eleven was founded in the Bunker Hill neighborhood of Downtown Los Angeles by 41-year-old Matilda May Otis Blackburn and her 24-year-old daughter, Ruth Wieland Rizzio. The two were failed actors – their most notable credit was starring in and producing a film called A Nugget in the Rough in 1917, Portland, Oregon’s first feature film. They’d moved to Los Angeles a year later, but by 1922, Ruth was supporting them by working downtown as a “taxi dancer,” the early 20th century’s version of an erotic dancer, like a host who works in cars. That same year, May and Ruth had a revelation: the two publicly proclaimed that the angels Gabriel and Michael appeared to them and declared them to be the “two witnesses” described in the Book of Revelation 11:3.

“And I will give power unto my two witnesses, and they shall prophesy a thousand two hundred and threescore days, clothed in sackcloth.”

The two women swore that the angels visited them, directing them to write a book of divine knowledge and revelation that, upon publication, would foretell apocalyptic events. This book was supposed to be titled “The Seventh Trumpet of Gabriel”but was later changed to “The Great Sixth Seal.” Along with sharing future prophecies, this game changing book would also reveal “lost measurements” that pinpointed hidden riches and oil deposits around the globe. May later described being willingly chained to her bed for several months in conceiving of the book.

So what does the Great Eleven even mean? According to a LA times article from 1925 called (“Angel Gabriel Girls Quizzed,” it’s…more complicated than what you might expect.

“They had been taken to a spot outside of Bakersfield, where just below the surface of the earth they were shown huge stores of golden nuggets and precious stones—which was to be theirs upon the presentation to the world of The Sixth Seal. The Royal Family of the Chosen Eleven was to consist of nine ‘queens’ and Ruth and May. For each queen a marble palace was to be erected on the Mount of Olives [which, only enough, is present day Barnsdall Park] in Hollywood, and was to be supplied with eleven ‘kings’ chosen by the Angel Gabriel. The queens and their respective entourages were to rule the world with the advent of eternal life.”

May and Ruth called themselves queens and high priestesses, and people believed them. Los Angeles locals paid to hear their answers, with a small membership fee they would help produce the book and have privileged information to success and future events, and of course, an affiliation with the divine Great Eleven. May and Ruth could do this because, simply, the women were really attractive, and charming. As mentioned, they worked in entertainment and got things done. They were especially good at getting money from potential suitors and having men do whatever they wanted.

A man named Sam Rizzio was one of those men, until he wasn’t. Sam had only known Ruth and her work a short time when he married her in May of 1924. He moved into the organizations headquarters with his wife, where Koreatown’s MaDang Mall is today. But after realizing how intense the cult of the great eleven really was, he begged ruth to leave with him. In a heated fight he supposedly hit her so hard that he drew blood, causing her followers to form a wall around their queen. After the fight, Sam abruptly disappeared. He was never seen again, and a note to Sam’s mother ominously said that he “ is now a high priest, invisible to less spiritual eyes.”

Sam’s younger brother Frank Rizzio was suspicious of the whole thing. He decided to do his own snooping, infiltrating the Great eleven by getting May to hire him as her chauffeur. After only a few days, Frank discovered his brother’s clothes and suitcase, and confronted May. She tersely responded that maybe it meant Sam would be coming back soon.

The Rizzios threatened to go to the police, but never did, perhaps because they were trying to escape their own criminal past. Sam Rizzio had already served nine months in juvenile hall for altering checks, and his father had been wanted for a triple homicide in Chicago. So the Rizzio family backed off and things quieted down. Ruth and May honed in on the book, which was mostly just religious ranting on paper.

The irony of Ruth and May basing their religion on producing this book is that they were both horrible writers. One of the few people who actually saw a draft of the The Sixth Seal called it “the most astounding, bewildering hodge-podge of biblical and mythological references,” which is probably why its release was constantly delayed, and then it just never happened.

While the prophesied Great Eleven book was continually getting underway, One original Great Eleven follower was Clifford Dabney, a goofy nephew of an oil magnate, who turned over $50,000 in cash and assets to May Blackburn (worth approximately $750,000 in 2019). In return, he was promised to be among the first to see the Blackburn’s book (with its “lost measurements”, for more profit, of course) ahead of publication. Dabney also donated 164 acres of land in the Santa Susana area of Simi Valley in Ventura County so May and Ruth could construct a commune to preach their truths and way of life.
May Blackburn also married one of her followers, a handsome, much younger, mustachioed man named Ward Sitton Blackburn. The new couple instructed May’s followers to build cabins on the Simi Valley property where they would take up residence, and chill until Christ returned.

It was called Harmony Hamlet by the press, and the first thing constructed on the property was a temple featuring an elaborate guided throne that was reserved for Christ. Cult members residing at the property were told to leave their cars in the woods and walk up to the area, work at a nearby tomato-packing house and turn all their pay over to may and ruth. In the evenings, robed members gathered for rituals in a natural amphitheater on the property and sacrificed mules and, according to some witnesses, danced naked. Whatever May and Ruth said went, no matter how insane.
During this time, it was alleged that one sick member of the Great Eleven was placed in a hot brick oven in order to get over a common sickness, and she died as a result. Four other cult members were also reported to have mysteriously disappeared, likely poisioned- including Sam Rizzio.

On New Year’s Day of 1925, 16-year-old cult member Willa Rhodes died from a severe infection as a result of a toothache. MAY assured her grieving parents, also in the Great Eleven, that the girl would be resurrected to life after 1,260 days had passed and the book was published. All they had to do was preserve her body for the event. SO, THEY DID. Willa’s body was immediately placed in a bathtub filled with ice, spices and salt. Fourteen months later, when the girl’s parents moved back to Los Angeles and into a home in Venice, they brought Willa’s preserved body with them and placed it in a mental coffin beneath the floor of their house. Next to her coffin was another coffin containing the sacrificed bodies of seven puppies, said to represent the seven tones of the angel Gabriel’s trumpet.

The rituals were amping up, and inexplicably, plans for a large refrigeration unit began on the commune. One year before her arrest, May traveled with nine followers to Stovepipe Wells in Death Valley to perform a ceremony. Although no details are known, it is believed that she equated the wells with “the bottomless pit” in the Book of Revelation, and police later investigated rumors that Sam Rizzio’s body was disposed of there, though nothing was found.

By 1929, Dabney and other Blackburn followers lost patience for the completion of Blackburn’s book and her promised apocalyptic events. They filed charges of fraud and theft against May and Ruth for as much as $200,000 (approximately $3 million today). As allegations also emerged of unreported deaths and disappearances, police expanded their interest, leading to the discovery of the mummified body of Willa Rhodes beneath her parent’s Venice home. It could not be determined that Willa had died from anything other than natural causes, but At the same time, Sam Rizzio’s disappearance- and others, could not be ignored.

Unfortunately, police were unable to uncover any viable evidence regarding the disappearances of the four missing cult members, including Sam Rizzio. Prosecutors also could not substantiate the allegations of a cult member’s death from being baked in an oven.

Nevertheless, in 1930, Ruth and May were charged with grand theft. The charges against Ruth were dropped, but May was sentenced to a minimum of eight years in 1930. She appealed, claiming that stories of Sam and Willa had been improperly admitted to frighten the jury, and had nothing to do with whether she’d committed theft. In 1931, a judge agreed with May and let her go. Remarkably, Ruth and May were never charged with any deaths or disappearances, and The Great Eleven continued to exist a bit, though the publicity and scandal eroded membership and credibility, as you might imagine. In 1936, May Blackburn actually did publish a book, called “The Origin of God.” Which was confusing and bad, riddled with weird religious imagery. It didn’t change the world or get anyone rich.

May Blackburn died in Los Angeles in 1951- I’m not sure about Ruth. To this day, you can check out the commune area in simi valley, though I don’t think you’ll find any jewels or gold. 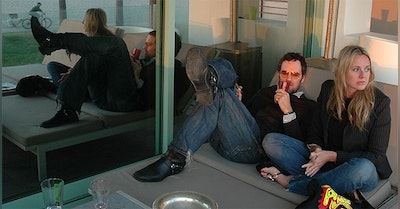 In 2007, the lives of two promising artists ended in tragedy. Their journey takes us from Los Angeles to New York by way of paranoia and conspiracy. This… 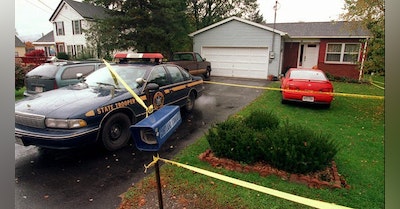 dryden village of the damned

The Upstate, NY town of Dryden was host to a series of grisly murders in the late 1980's and 1990's giving it the name "Village of the Damned".